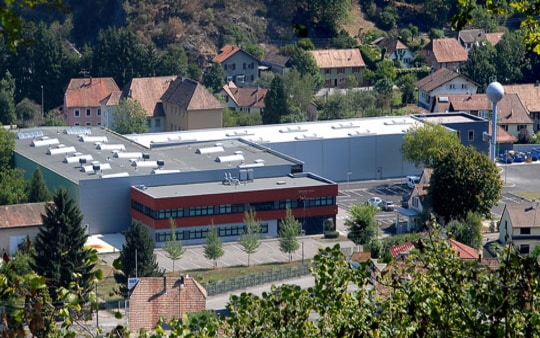 People: the driving force behind performance

Because machines are nothing without people, SART von Rohr places the know-how and expertise of its employees at the center of its investments and production system.

SART von Rohr capitalises on its know-how to support the performance and success of our customers worldwide.

SART von Rohr is a major player, recognised in France and internationally for its know-how, the reliability of its products and its high level of expertise and services.

Continuous improvement: the engine for growth

SART Von Rohr ( SVR ) is a French manufacturer who designs and produces industrial fluid control equipments for over 90 years.

SART Von Rohr has structured its organisation around two divisions :

SART Von Rohr (SVR) satisfies thousands of customers throughout the world, in numerous types of activity such as energy, chemicals, pharmaceuticals, food processing, cosmetics, defence, nuclear and many others.

The head offices of the SART Von Rohr Group ( SVR ) is based in France. SART Von Rohr ( SVR ) has several locations around the world, including two production sites. One site in the east of France, well centred in Europe, close to the German and Swiss borders, and a second in the south-west Turkey, ideally located at the gateway to the Middle East.

The French production plant, located in the east of France at Bitschwiller les Thann, covers 15,000 m². This factory, erected in 1935, evolved after the Second World War, in 1947.

The Turkish production plant is an ultra-modern 5000 m² factory located in the east suburb of IZMIR, in the south-west of Turkey.

In the French factory, a quality system certified ISO 9001 version 2015, EAC, DESP, and its production is certified “ORIGINE FRANCE GARANTIE” by the BUREAU VERITAS.

We use cookies to improve your experience on our site. Some cookies are technically necessary to provide our services to you. Others help us to optimize the content of our pages according to your needs. Click on "Accept All" to allow all cookies. By clicking on "Change Settings" you can choose which cookies you wish to allow. You can find more information in our privacy policy.
Change the parametersACCEPT ALL
Manage consent

This website uses cookies to enhance your experience while browsing. Most of the cookies used are necessary for the site to function properly and may be stored on your browser if required. We also use third party cookies to help us analyze and understand how you use the site. These third party cookies will only be stored on your browser if you give us your consent.
SAVE & ACCEPT