SART von Rohr's know how in steam production energy optimisation for has led to the development of a wide range of equipments specially adapted to modern boilers.

SART von Rohr has always believed that the accurate fluid controls on a steam boiler is fundamental to achieving significant energy savings.

SART von Rohr has designed a whole range of products that allow the efficient interaction between the feed tank, feed pumps, economiser, level control, continuous blow down, bottom blow down, and energy recovery from the condensate network, to reduce the steam boiler energy consumption .

SART von Rohr has developed complex energy models to simulate the achievable energy savings using each of the optimisation solutions. 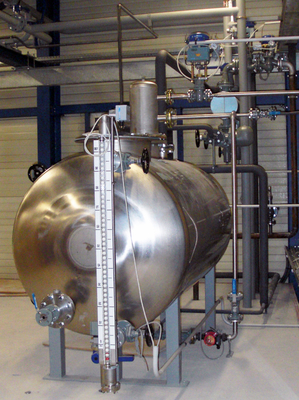 We use cookies to improve your experience on our site. Some cookies are technically necessary to provide our services to you. Others help us to optimize the content of our pages according to your needs. Click on "Accept All" to allow all cookies. By clicking on "Change Settings" you can choose which cookies you wish to allow. You can find more information in our privacy policy.
Change the parametersACCEPT ALL
Manage consent

This website uses cookies to enhance your experience while browsing. Most of the cookies used are necessary for the site to function properly and may be stored on your browser if required. We also use third party cookies to help us analyze and understand how you use the site. These third party cookies will only be stored on your browser if you give us your consent.
SAVE & ACCEPT